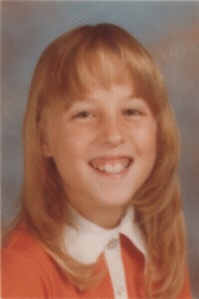 Today is a special day at The Swoon Society, because it marks the anniversary of the day Kirsti and I first met. I won’t say how many years ago that was…but it’s a lot! Although it took us four years from that first meeting to become close friends, this is a milestone anniversary, so we wanted to toast it properly. We got together this past weekend and decided to celebrate early by popping open the bottle of pétillant naturel that I gave Kirsti for her birthday.

A French classification meaning “naturally sparkling,” pétillant naturel wines (pét-nats, for short) originated in the Loire Valley from a fermentation technique that pre-dates the méthode champenoise. The process involves bottling and capping unfinished wine so that it can complete fermentation in the bottle and develop a mild effervescence. It is actually illegal to add sugar or yeast during production of a pétillant naturel, resulting in a wine that is completely natural, unrefined, and occasionally cloudy. For this reason, pét-nats have become trendy in recent years among hipsters and those seeking a more handcrafted, authentic wine. 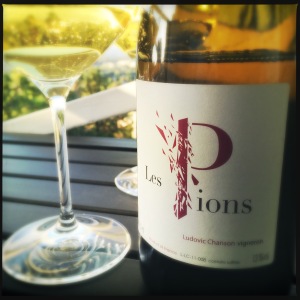 Kirsti and I read about pét-nat wine for the first time last year, but didn’t take the plunge until I decided to purchase a bottle for her as a gift. Her house is built into the side of a hill and has a secret storage area that looks like a wine cave, both because you can see the exposed hillside and because it’s filled with bottles of wine. But despite having an enviable collection, she did not have a bottle of pétillant naturel, so it was “naturel” that I should remedy the situation. There was only one selection at our local wine shop, so the choice was easy: Ludovic Chanson Montlouis-sur-Loire Pétillant Naturel Les Pions 2011. (Let’s just call it Les Pions, shall we?)

The tasting notes* included with my purchase cited a bouquet “wafting from the glass in a mix of apple, quince, bee pollen, bread dough, chalky soil tones and a bit of citrus peel in the upper register” and referred to the wine twice as “snappy.” I’m no connoisseur and am generally of the opinion that, to quote writer Nick Tosches, the tasting of wine falls into one of three categories: “‘good,’ ‘bad,’ or ‘just shut up and drink.’” However, I felt immediately that this wine was different, with its earthy flavor and lively bubbles. A Monet-like image sprung to mind of French peasants resting against haystacks to enjoy a simple lunch of crusty bread, cheese, fruit, and a bottle of rustic wine.

I was somewhat disappointed that this pét-nat wasn’t cloudy, but rather than sulk like a petulant child, I’ve decided to embrace my pétillant child and seek out other varieties. While Les Pions is 100% Chenin Blanc, pét-nat wines can be made from both white and red grapes. The unpredictable nature of the fermentation process means you’re never sure what you’re going to get, but the low price point (generally under $30) means that it’s a risk worth taking.

As with Kirsti and me, it’s best to make the acquaintance of a pét-nat when it’s young, so don’t wait for a special anniversary to enjoy it. Get to know your new “pét” immediately, and who knows? It might just be the beginning of a beautiful friendship.

*By John Gillman in View from the Cellar.