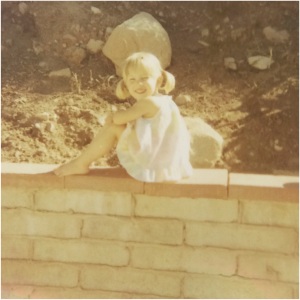 My deep appreciation of the cocktail goes way back. You might think to my early 20s, or even high school, but I became a connoisseur of spirits at the tender age of four. 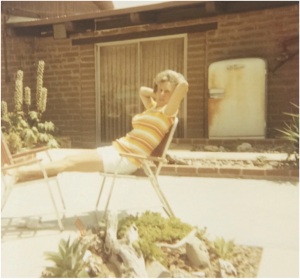 I spent the night with my grandparents often as a child. Our routine in the evening was to watch television in their den—mostly movies wildly inappropriate for a little girl, such as Star Trek: The Wrath of Khan or Logan’s Run. We’d settle in with our afghans, popcorn, and cocktails: bourbon and 7-Up for my grandparents and a wine cooler for me, which basically consisted of a glass of 7-Up with a healthy splash of wine. This was in the early ’70s, long before Bartles & Jaymes made wine coolers ubiquitous in the 1980s. I think, back in the day, it was acceptable to give kids a bit of wine before bed to make them sleepy. Or maybe it wasn’t, but “happy hour” was an everyday occurrence with my family and usually lasted until bedtime. 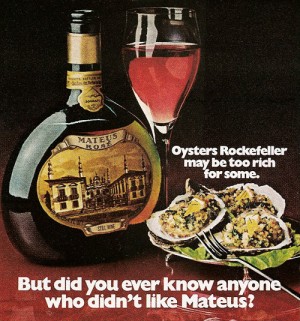 I was really into my wine coolers, and I knew what I liked. My grandma loved to tell the story where she tried to give me a different wine one time instead of my usual, which was a cheap rosé from Portugal called Mateus. I threw a fit until she relented and opened a bottle of my beloved Mateus. I liked the roundness of the bottle and the old-looking photo. Even at four I was picking wine based on the label. 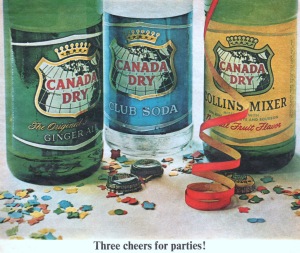 Later, as a tween, when my parents drank Tom Collins, I got to drink the Collins mixer and pretended it was a real cocktail. You don’t see this drink much anymore, but, like Harvey Wallbangers and Rob Roys, it was popular in the ’70s. To make a Tom Collins, you just mixed gin with ice and Collins mix, which was a premade sour mixer sold next to the club soda and tonic water in the supermarket. It was easy and cheap and, when paired with a Captain and Tennille record, it kept the party swinging.

As an adult, one of my favorite rituals is having a martini with my dad. He makes a big production out of it with the fancy Waterford crystal glasses. We may not agree on what makes the best martini—he likes Beefeater gin and olives, I like Hendrick’s and a lemon twist—but we both agree that a gin martini is the only true martini. Vodka martinis are for suckers. 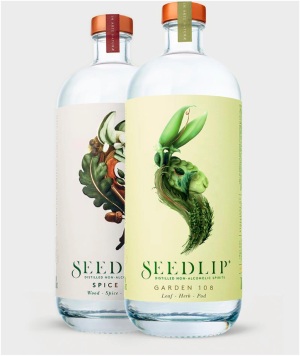 Like most people who enjoy a nice pre-dinner drink, I’ve embraced the craft cocktail revolution, greedily trying recipes involving St. Germain, Aperol, homemade syrups, and a myriad of bitters. And then I stumbled upon Seedlip.

Seedlip bills itself as “The World’s First Non-Alcoholic Spirit.” It has no calories, no sugar or sweetener, and no artificial flavors. It is copper pot distilled using herbs and aromatics. When mixed with tonic and a squeeze of lime or a grapefruit slice, it mimics the refreshing deliciousness of a gin and tonic.

There are two versions of Seedlip: Garden 108 and Spice 94. Garden 108 has an herbal profile with the essence of peas, hay, spearmint, rosemary, and thyme, while Spice 94 is more aromatic, with botanicals such as allspice, cardamom, oak, lemon and grapefruit conspiring together to dazzle your senses. 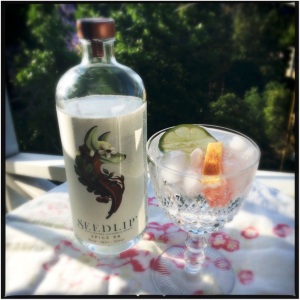 When I first read about Seedlip, I was swooning over the gorgeous bottles and the idea that I could have cocktails during the week that were alcohol-free. I also liked being able to provide an exciting aperitif for friends who didn’t drink alcohol. Unfortunately, it was only available in the U.K. (now it is readily available in the U.S.), but my dear brother-in-law and his girlfriend brought me back a bottle of Spice 94 from London. It was everything I hoped it would be. It had the juniper-y nip of gin commingling with many other mysterious and spicy notes.

I am often disappointed by gourmet food and drink that has the promise of exotic ingredients, only to taste them and find their magical flavors undetectable. Seedlip, however, really delivers on the flavor. Its spicy, herbal scent tickles the nose as much as it delights the taste buds. I am completely smitten. My husband, Aaron, is also a fan, and we went through our bottle lickety-split.

The only drawback is that Seedlip, with a $40 price tag per bottle, is more expensive than any fancy top shelf spirit. Still, this lovely elixir enchants me. I’ve yet to try the Garden 108, but I see a bottle in my future. I might even be wild and add some gin, or perhaps a splash of Mateus. I’ve got Wrath of Kahn on DVD and a soft afghan calling my name.

Seedlip can be purchased in the United States from Food52 and a variety of online retailers.