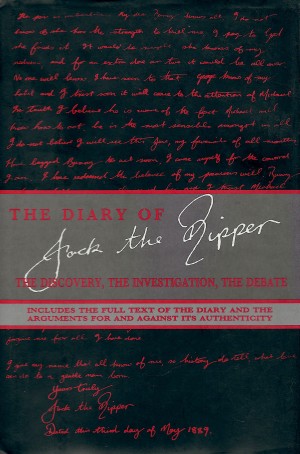 On March 9, 1992, a former scrap metal dealer rang up a London literary agent and asked the question that would upend one of the most enduring mysteries of the previous century: “I’ve got Jack the Ripper’s diary. Would you be interested in seeing it?” The story that followed was almost as convoluted and contentious as the search for Jack the Ripper itself, involving forensic and psychological analyses, confessions and retractions, infighting among “Ripperologists,” the intersection of two sensational murder cases, and the curious appearance of a pocket watch that may have belonged to the killer.*

At the time, I was getting my degree in psychology and had a particular interest in the minds and motivations of serial killers (not an especially swoon-worthy topic, unless by “swoon” you mean “pass out from fright”). I read about the diary in the newspaper shortly before its publication in 1993 and got a copy for my birthday later that year. Until then, I’d only had a passing interest in the mystery of Jack the Ripper, but after reading the diary I became well and truly hooked. 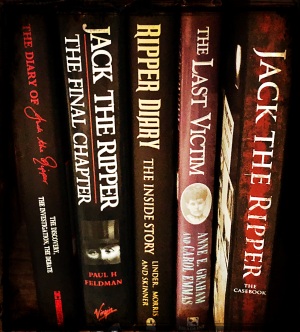 Over the years, I’ve read numerous books on the subject and spent hours on forums like Casebook: Jack the Ripper going over various theories about the killer’s identity, but the majority of posters seemed to dismiss the diary as an elaborate hoax. While it is one of the most fascinating documents I’ve ever read, the diary has been dogged from the beginning by persistent questions about its authenticity and the dubious manner in which it was discovered. When the man who made that extraordinary phone call eventually confessed to forging the diary, the skeptics were smug, but even though few believed he had the necessary skills to pull it off and he later retracted his confession (then changed his story again), the damage was done. Most experts agreed that the diary was likely a forgery, and they returned to their furious speculation about the identity of Jack the Ripper.

But I’d never been able to shake my conviction that the alleged author of the diary—Liverpool cotton merchant James Maybrick—was the real killer. For years, family and friends have had to put up with my repeated discussions and dissection of the diary, as well as the trial of Florence Maybrick, the young wife of James Maybrick who, in an ironic twist, was convicted of murdering her husband in 1889. 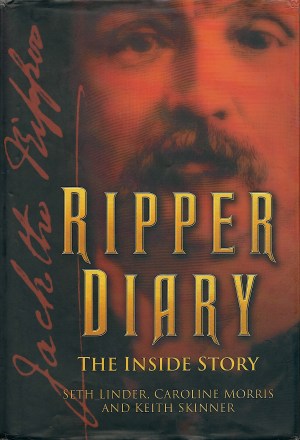 Despite the doubters, nobody has been able to prove that the diary was forged. Comparable hoaxes, such as the Hitler diaries, have been uncovered quickly, but as the years passed without a similar revelation about the Ripper diary, my belief in its legitimacy only strengthened. A forger would have had to be an expert in both the Jack the Ripper killings and the Maybrick murder trial, the psychology of a serial killer, the symptoms of arsenic addiction, and the composition and style of Victorian-era paper, ink, and writing. A person like that would surely have come forward at some point to take credit for this monumental feat, but no credible forger has stepped up or been exposed.

Then, this past summer, it was announced that a new book about the diary would be released in September proving that it was an authentic 19th-century document that had been traced directly to James Maybrick himself. I was unable to obtain one of the 500 limited edition copies of this book, but it claims to present two primary findings:

Given that the diary contains details about the murders that could only have been known by the killer and police at the time, these revelations make the strongest case yet that James Maybrick and Jack the Ripper are one and the same.

True skeptics will remain unconvinced, because there is an entire industry that has sprung up around the Ripper riddle and people are invested in maintaining the mystery, but after stumping seekers for almost 130 years, I’m more confident than ever that this case is closed.

The Diary of Jack the Ripper

The limited edition facsimile of the diary with updates from its owner, Robert Smith, is currently sold out, but you can email the publisher, Mango Books, and request to be informed if/when it is reprinted.

*The story of the watch is almost as intriguing as the diary itself. For a more thorough description of the discovery and analysis of the Maybrick watch, read Ripper Diary.